Common benefits of hibiscus include cardiovascular and diuretic support, although simply enjoying it as a refreshingly tart drink is an herbal pleasure within itself!*

Gladden the heart with this tart & tangy ally.

What are the Benefits of Hibiscus?

When you brew our Hibiscus tea, you’ll witness its rich ruby color infusing into your cup almost instantly. We consider it a visual representation of the health benefits of hibiscus releasing into your cup.

Its deep red hue is a unique characteristic that’s useful beyond beauty. It’s a direct indicator of the presence of anthocyanins, which play an important role in hibiscus’ ability to support the cardiovascular system including heart health.* As a diuretic, hibiscus supports urination and helps the kidneys in their detoxification function.*

To receive the benefits of hibiscus’ medicinal, water-soluble compounds, it is best consumed as an herbal infusion, otherwise known as a tea. Classified as a refrigerant in Traditional Chinese Medicine, a hot or cold infusion of hibiscus can be enjoyed for its cooling properties on a hot summer day. With food safety in mind, we recommend brewing with boiling water first, then allowing to cool.

Folklore & Historical Use of Hibiscus

The origin of hibiscus is debated in the plant nerd community. It possibly originated in West Africa and Angola, making its way via tropical America to Indonesia by the 17th century. Thanks to its beloved beauty and benefits, it is now cultivated worldwide in the tropics, as well as in Europe.

Its pleasantly tangy taste that’s mildly fruity and lemony, made it a classic West Indian ingredient to color and flavor rum. Other cultures utilize the oil-containing seeds as food.

Historical records dating around 1830 reported that the mucilaginous, or slippery, nature of the herb was being used as a softening agent in poultices. Not until the beginning of this century was it first described as a mucilloid and aromatic substance for tea mixtures and other refreshing drinks. While Hibiscus sabdariffa is the medicinally accepted species that we use, other species have been used in China and Brazil for other purposes.

There are several hundred species of hibiscus shrubs and trees, often peppered with beautiful flowers that can be white, pink, red, yellow or even purple. For our tea, we rely on Hibiscus sabdariffa, a species known for striking white flowers with red centers, and use the calyces, which are red, pliable pods that appear after the flowers bloom.

Hibiscus can be grown in areas that get a warm and wet summer or in temperate climates like California. In colder places you’ll want to start the seeds indoors, away from potential frost. Once the cold weather has passed you can transplant them outdoors. Hibiscus shrubs like water, and you’ll know the herbal medicine is almost ready to be harvested once the flowers appear. A little over a week after the flowers bloom, you’ll notice flexible red calyces appearing. Pick them regularly and use them fresh or dry them to enjoy throughout the year. 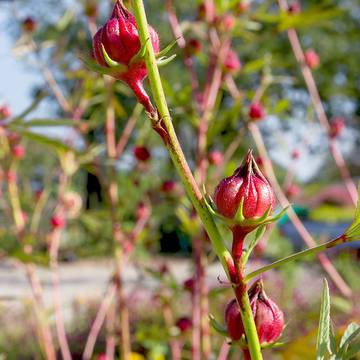 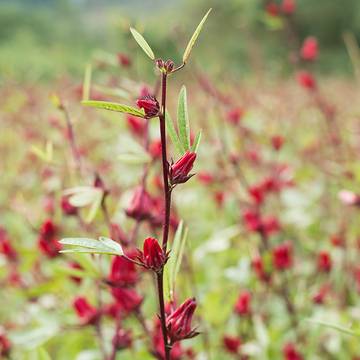 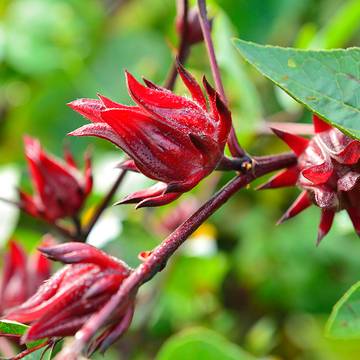 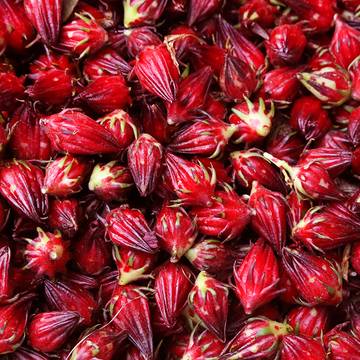 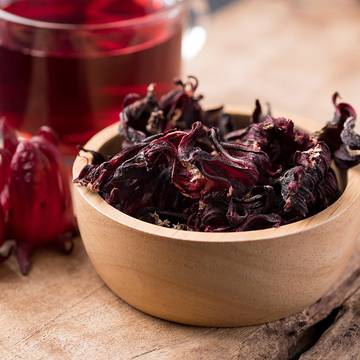 When To Use Hibiscus

Enjoy regularly to give your heart a little love.

Sip iced or warm to get things flowing. Consult a health care professional prior to use of pregnant or breastfeeding.