Valerian root is a time-tested herbal sedative that has been used for thousands of years for its health benefits of easing occasional sleepless nights and soothing the nervous system.*

“Be well” with this herbal sleep aid.

What are the Benefits of Valerian?

Valerian root (Valeriana officinalis) has been widely used as a gentle herbal sedative since the 1700s and is considered one of nature’s great sleep aids, making it a favorite amongst herbalists for its sleep-supporting benefits.*

Classified in Western Herbalism as a nervine, it works by encouraging the body towards a parasympathetic state, known for inducing “rest and digest,” which decreases the heart rate, relaxes the muscles, and prepares the body for rest.* Studied use of valerian has demonstrated the positive effects of this powerhouse herb, suggesting that valerian root is suitable for both improving sleep quality and decreasing the amount of time it takes to fall asleep.*

Folklore & Historical Use of Valerian

Valerian root is native to Europe and Asia, where it’s been historically incorporated into daily routines for wellness and strength by emperors, saints, and even the “father of medicine,” Hippocrates. The name, valerian, comes from the Latin word ‘valere,’ which essentially means to ‘be well.’ For us herbalists, it comes as no surprise that we use this same name to identify the medicinal plant valerian. This time-tested herbal sedative has been used for thousands of years to ease occasional sleepless nights and nervous system tension.*

Along with other ancient physicians, Hippocrates identified and documented valerian root as a carminative, emmenagogue, and an herb to ease nausea.* In the modern day, herbalists, naturopaths, and plant people rely on valerian for its affect upon the nervous system.

Valerian root is known for having a strong, earthy aroma, which many believe is a testament to the strength of valerian’s medicine. While this perennial is native to Europe and Asia, it’s naturalized in many woodland ecosystems worldwide including here in the United States. The most commonly used medicinal valerian, Valeriana officinalis, stands tall at about 5-6 feet and blooms brightly with pink and white flowers. It prefers some sun and partial shade and flourishes in zone 4. Bees, butterflies, earthworms, and herbalists alike adore growing alongside this medicinal. Get valerian started in your herb garden with seeds or by dividing roots to replant.

If it’s herbal medicine you’re seeking, have patience and enjoy their whimsical clusters of blooms until the roots reach maturation at about two to three years old. Harvest the roots in the spring or early fall and dry outdoors as their odorous fragrance is sure to permeate any indoor space. 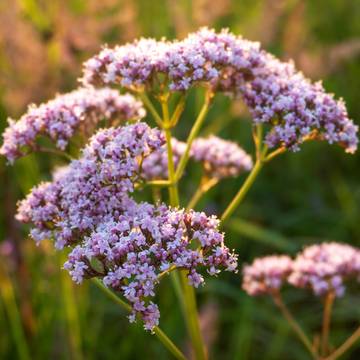 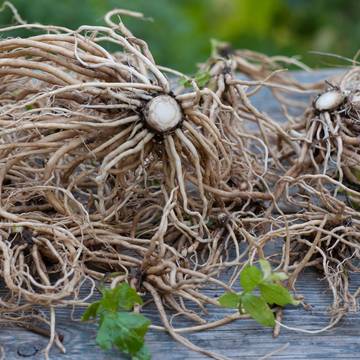 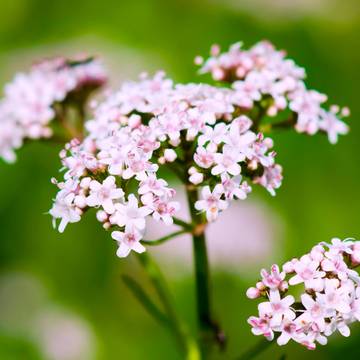 When To Use Valerian

Consume 20 minutes before bed to speed off to dreamland.

Drink in late evening when you’re ready to zone out.