Recognized for its ability to support a healthy immune system and help the body adapt to stress, it’s no wonder reishi is commonly known as “The Mushroom of Immortality.”*

Unearth the divine benefits behind, “The Mushroom of Immortality.”

What are the Benefits of Reishi?

Reishi mushroom (Ganoderma lucidum) has been exalted in spiritual ceremonies, infused into foods, and respected as herbal medicine across the globe for its adaptogenic effects and immune system support.* While its intricate root system, known as mycelium, supports our ecosystem through decomposition and nutrient exchanges with its neighboring plant life, its fruiting body is what’s most commonly used as herbal medicine.

Known in Asia for centuries, reishi is gaining popularity in the West for its ability to support the immune system and help keep the body in balance.* While reishi consists of an array of constituents and phytochemicals, the three most physiologically active constituents seem to be polysaccharides, peptidoglycans, and triterpenes. Presently, a good deal of research on reishi confirms its therapeutic potential due to high concentrations of polysaccharide compounds called beta-glucans, which contributes to its ability to support immune function.*

Because of reishi’s mechanism for gently bringing the body back into balance, it is traditionally prescribed to be used consistently and over time. A daily tea, dose of tea or infused broth are great ways to absorb its benefits while reminding us to center ourselves, breathe, and take things one step at a time.

Folklore & Historical Use of Reishi

Known as lingzhi in Chinese (literally translated as “Mushroom of Immortality”) reishi’s wellness benefits have been touted for 4,000 years. Representations of the mushroom began to appear in Taoist art in the 1400s, symbolizing luck and good health, and it appeared in the first Chinese pharmacopeia during the Ming Dynasty. Before traditional Chinese practitioners began to cultivate it, reishi was so expensive that only members of the noble classes could afford it, adding to its reputation as the “divine mushroom.” According to Taoist legend, the Isles of the Immortals held secret groves where the sacred mushroom grew lushly.

Practitioners of Traditional Chinese Medicine (TCM) have historically prescribed reishi to balance Qi (vital energy), bringing balance to the mind, body, and conscience. This seems to coincide with Western Herbalism’s classification of reishi as an adaptogen, a category of roots, leaves, berries, and fungi that bolster the body’s ability to handle stress under challenging circumstances.*

Native to tropical and temperate climates of Asia, North America, and Europe, Ganoderma lucidum, can be found growing upon the dead and fallen logs of deciduous trees. While it occurs in a variety of colors, from pale beige to shiny black, red reishi is most prized in many cultures for its medicinal properties.

As any avid mushroom hunter may attest, spotting the glossy veneer and hard kidney-like shape growing wildly is quite the treat; in regions where the mushroom is found, only two or three mature trees out of 10,000 will host reishi on their trunks. 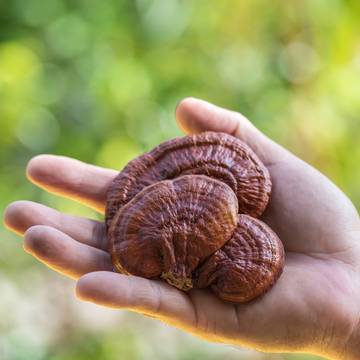 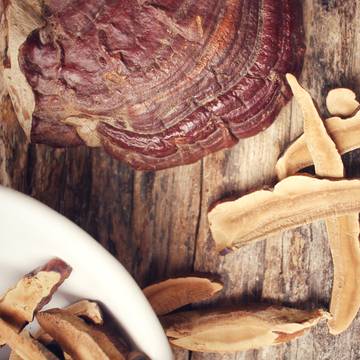 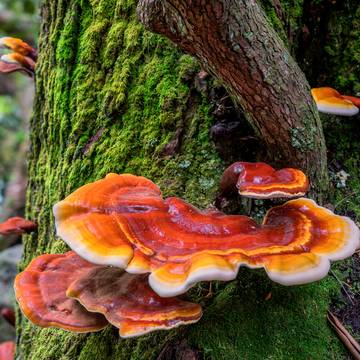 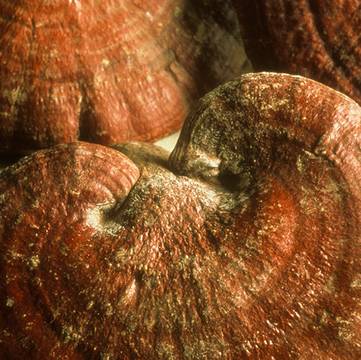 When To Use Reishi

Drink multiple cups per day when immune support is needed.

Prepare for fall and winter with a daily dose of tea.