Experience the benefits of this “five flavor fruit.”

What are the Benefits of Schisandra?

Nothing quite compares to the complex flavor of schisandra berry. Commonly referred to as the “five flavor fruit,” schisandra berries have been used in Traditional Chinese Medicine (TCM) for over 2,000 years.

Research shows that schizandrol A & B, and schisandrin A, the primary lignans found in schisandra berry support healthy liver function.* In both Eastern and Western herbalism, schisandra berry is considered an adaptogenic superfruit, traditionally used to support overall stamina and vitality.* The powerful complex of organic acids, vitamins, and lignans contained within the berry make schisandra a good choice for offsetting occasional stressors, supporting liver health, and promoting overall vitality.*

Another name for this medicinal berry is wǔ wèi zi, or “five flavor fruit.” Appropriately named, as according to TCM theory it’s the only fruit to contain all five tastes—bitter, pungent, salty, sour, and sweet. According to that branch of herbal medicine, this unique composition supports the liver, kidneys, heart, lungs, and spleen, which are known as the 5 zang organs.* Collectively these organs are known as having yin qualities and produce and store qi, the vital life-force that makes up all living things.

Folklore & Historical Use of Schisandra

While it may seem unusual to folks here in the States, rest assured, this traditional herbal medicine is far from being a fad. These lignan-rich berries have been used in traditional Chinese medicine (TCM) for over 2 centuries. The first recorded use of schisandra can be traced to the earliest text of herbal medicine in China, the Divine Husbandman’s Classic of the Materia Medica, believed to date back to the first century BC. There, it was revered as a superior herbal medicine which was said to “prolong the years of life without aging.” While that is a mighty claim, it is a testament to the respect and value placed upon this petite berry.

Understanding the benefits of these gleaming red jewels, local inhabitants of schisandra-rich forests would wait in anticipation of their ripening season. Once the dangling clusters of berries turned red, they were harvested, macerated in alcohol for medicinal consumption, brewed into tea, made into juices, jams, and soups, and dried for later use, much like is done today.

Since the 1950s, research in the former Soviet Union has explored its potential as an herbal adaptogen and its effects in increasing stamina, endurance and mental performance.* As a result, schisandra is well integrated in herbal practicum throughout Russia.

There are 22 species of schisandra, all of which are native to China and the Russian Far East. In China, Schisandra berry hails from wild, lush, and mountainous regions. The woody vines of schisandra prefer to grow in mountain thickets and along river banksriverbanks, spiraling through mid-level and tall canopy trees, making it a challenging berry to collect.

Prior to the Panda-Friendly standards which we helped to develop, collection practices were not uniform and many wild collectors relied on fast harvesting methods that threatened plant regeneration, and thus a crucial food source and habitat for many forest inhabitants, as well as a viable economic resource for local communities. Today, our wild collectors responsibly harvest just the ripe berries from the lower two-thirds of the vine, leaving the rest to share with the forest and fauna. 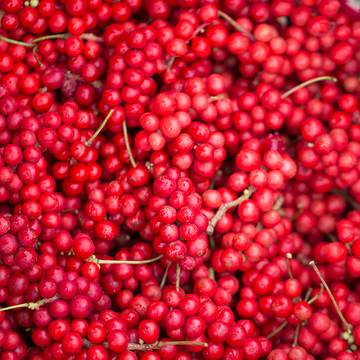 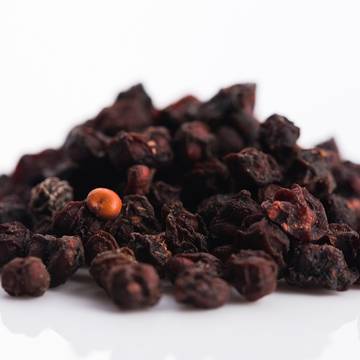 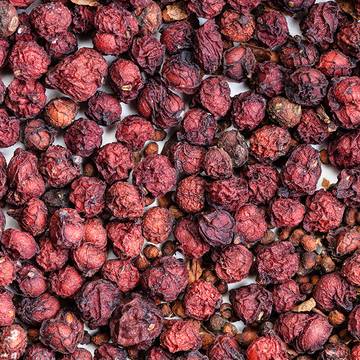 When To Use Schisandra Berry

After the drinks have flowed and for regular liver support Consult your healthcare practitioner prior to use of you are taking prescription drugs. Caution with pregnancy. May increase stomach acidity, caution for those with gastric acidity or peptic ulcers.