More than a sweet treat, licorice root is traditionally used in herbal medicine for soothing digestion and supporting respiratory health.*

What are the Benefits of Licorice?

The benefits of licorice have been known for thousands of years among Traditional Chinese Medicine (TCM) and Ayurvedic practitioners to soothe digestive tissues and other mucous membranes.*

In Western Herbalism, licorice root is classified as a demulcent herb. A demulcent is a category of herbs known to soothe and moisturize tissues of the body.* Demulcent herbs contain soluble fiber polysaccharides, which are molecules (known as hydrocolloids) that are hydrating and water-absorbent. Licorice root’s demulcency, especially notable as a licorice root tea, is ideal for soothing delicate tissues within the digestive tract and throat.*

Even though licorice root is an herbal remedy, individuals that have high blood pressure concerns should be mindful of the amount consumed and consult with their healthcare practitioner prior to use.

When most people think of licorice, the sweet and earthy flavored licorice candy comes to mind. Given that glycyrrhizin, one of the main active compounds in licorice, is among nature’s sweetest substances (50 times sweeter than sugar), it is no surprise how this plant became a popular ingredient in candy. Although licorice candy can sometimes be a polarizing flavor, it is often included in herbal formulas to harmoniously balance taste and medicinal benefits.

Folklore & Historical Use of Licorice

In our herbal teas, we formulate with the species, Glycyrrhiza glabra - the name stemming from the Greek glukurrhiza, or “sweet root.” It has a similar name in Sanskrit, “sweet stalk,” and in Chinese, “sweet herb,” attesting to its long history of cultivation and use around the world.

Outside of ancient China and India, the therapeutic benefits of licorice were also documented in The Code of Hammurabi, written about 3,800 years ago by the 6th King of Babylon and later about 3,000 years ago by the ancient Egyptians, who created a tonic with it and packed it in funeral jars to carry into the afterlife. Famous generals from Alexander the Great and Julius Caesar to Napoleon Bonaparte carried licorice with them, and the ancient nomadic Scythians of the Central Asian steppes were said to survive without water for 12 days thanks to licorice—please note: do not try this at home!

This powerful root has carried on through 5,000 years of use and is now one of the most widely used medicinal plants in TCM and Ayurvedic medicine.

This native perennial grows in parts of Eastern, Central, and Western Asia and the Mediterranean region, growing especially well near riverbanks and in floodplains of dry grassland. Consisting of a stalk with pale lilac-colored flowers, pinnate leaves, a small oblong fruit pod, and an elaborate root system, the plant can reach up to seven feet in height.

Licorice is most commonly collected in the wild, as it takes five to six years before the roots are ready to harvest – a testament to the importance of protecting wild collection areas. 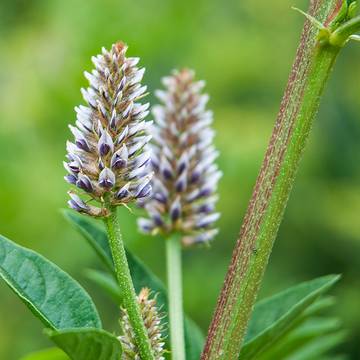 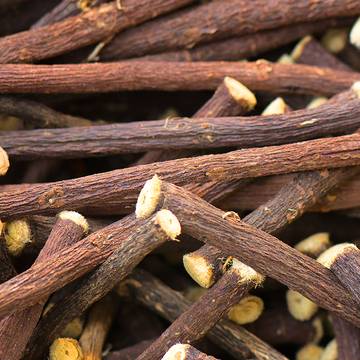 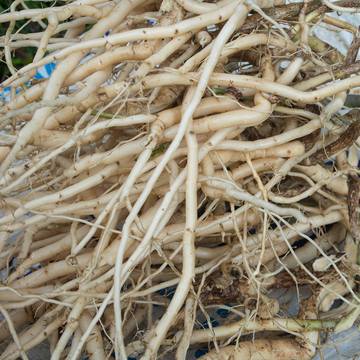 When To Use Licorice

To help soothe and move things along.

When the weather turns cold and dry.

When your voice needs to be heard. The effects of licorice are dose dependent. Consult your healthcare practitioner prior to use if you have low potassium levels; if you are taking diuretics, corticosteroids, cardiac glycosides such as digoxin, or potassium-depleting medications. Do not use this product if you are pregnant or breastfeeding unless directed otherwise by your healthcare practitioner. Do not use this product if you have high blood pressure, heart disease, or impaired kidney or liver function. Not to be used for longer than 4 weeks without medical advice. Excessive use may lead to electrolyte imbalances (sodium retention and potassium loss), accompanied by high blood pressure and water retention. Not recommended for use with children under 12 years of age.