A versatile herb from the kitchen to the apothecary, fennel is traditionally used in herbal medicine to relieve uncomfortable indigestion and support breastmilk production in nursing moms.*

What are the Benefits of Fennel?

From bulb to frilly frond, fennel has been a trusted herbal remedy for centuries. Most commonly known as a carminative, fennel helps to relax muscles in the digestive tract helping to alleviate uncomfortable cramping, gassiness, and bloating.* The key to this herbal power resides in its high essential oil content, typically found in the seeds.

Fennel’s wide range of medicinal benefits make it the perfect herb to always keep on hand. In addition to its digestive support, herbalists of the ages have used fennel for everything from helping to alleviate water retention to supporting lactation in breastfeeding mothers.*

Folklore & Historical Use of Fennel

Many ancient cultures throughout history have revered fennel for its charming properties and their belief in its power to bestow long life, courage, strength, and even to ward off evil spirits – all of which may have been hints to the plant’s actual medicinal powers.

In India, Ayurvedic healers praised fennel for its ability to balance the three body types, or doshas. In Traditional Chinese Medicine, practitioners used fennel as a warming herb to address issues related to the stomach. In the Mediterranean region, fennel’s native home, ancient physicians like Hippocrates, Pliny the Elder, and Dioscorides praised fennel for its ability to soothe occasional indigestion and to help mothers in the production of breastmilk.*

While fennel seeds are most commonly used in herbal medicine, every part of fennel, from bulb and stem to leaf and seed has found its way into culinary creations around the world. Sliced into rounds and soaked in simple syrup, fennel stems make for sweet, black licorice-y flavored after-meal candies. Its bulb can be sautéed or baked as a side dish in and of itself or slivered and eaten raw atop salad. Find its seeds stuffed into sausages and bread doughs such as a classic rye loaf. Have you ever been served a spoonful of dried fennel seeds after a rich meal at an Indian restaurant? This classic tradition is the perfect marriage of flavor and function!

Given its relationship to the digestive system and unique flavor, it’s no surprise fennel is infused into so many mealtime traditions.

There are three types of fennel: sweet fennel, commonly known as Roman fennel, with its sweet bulbs, used in Mediterranean cooking; onion-fennel, with its edible leafy sheaths; and bitter fennel, which is traditionally used in herbal medicine. We’re partial to bitter fennel, Foeniculum vulgare spp. Vulgare var. vulgare, where its genus comes from the Latin name for the plant, foen, or “hay,” the scent of the plant’s dried leaves.

Native to the Mediterranean region, bitter fennel is a hardy and short-lived perennial with yellow flowers organized in the form of an umbrella with threadlike leaves. Bitter fennel thrives in full sun and well-drained soils, growing well in coastal regions. 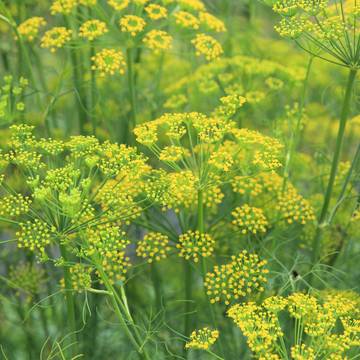 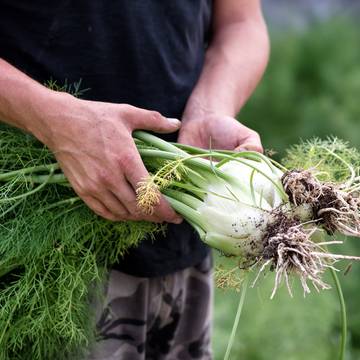 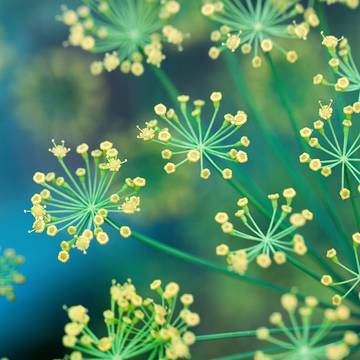 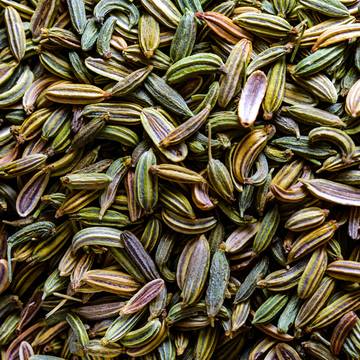 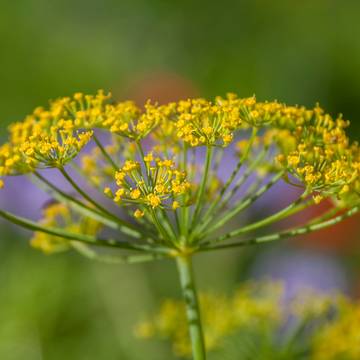 When To Use Fennel

As a post-meal digestive to soothe indigestion.

3-5 cups per day to encourage lactation. Avoid fennel if you are allergic to plants in the parsley (Apiaceae) family. As always with new ingredients, consult your healthcare practitioner prior to use if you are pregnant or breastfeeding.